1. Marilyn is Worth a Fortune

The dress she wore to sing at JFK’s birthday party was sold for a whopping $1,267,500, making it the most expensive dress ever sold. When she wore it, the dress had almost 2000 rhinestones and had to be stitched onto her, that must have been one hell of  a fitting session!

Winters asked Marilyn to wash lettuce and found her a few minutes later, washing each and every lettuce leaf with a washing sponge. In her later life she started writing her own recipes and cooked very well. I guess Marilyn was a bit OCD with lettuce.

She had nearly 400 books in her house and was fond of photographs of her that showed her reading. She was bold and beautiful, with a generous sprinkling of brains. Marilyn hated learning her lines in films and would retake a scene 60 times, to deliver it correctly.

4. Marilyn’s Skirt got Her in Trouble 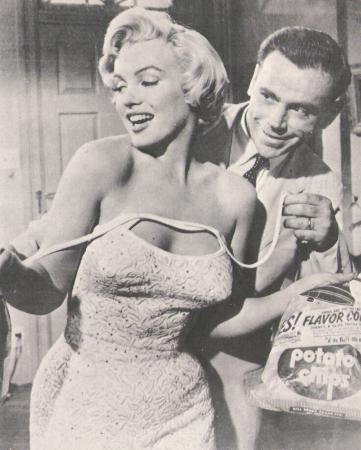 Joe DiMaggio and Marilyn broke up and filed for divorce soon after, over the scene of her skirt flying in the wind in the movie “The Seven Year Itch”. Marilyn wrote down ‘mental cruelty’ as the reason for the divorce, if she had lived in today’s world, she would have had the sexual freedom to be herself, without being judged and abused for her choices. 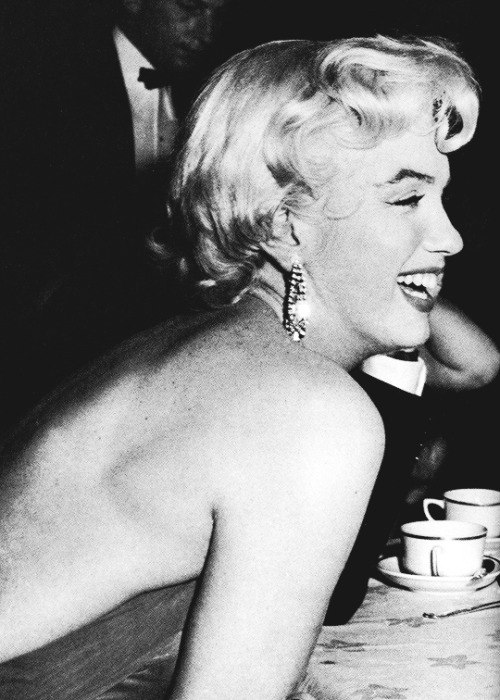 Joe DiMaggio did love her, and even after their divorce he kept in touch. When she died, he organized her funeral and had roses delivered to her grave, twice a week for almost twenty years. A woman like Marilyn did leave her imprint on the world, how else can you explain this man’s dedication to her? 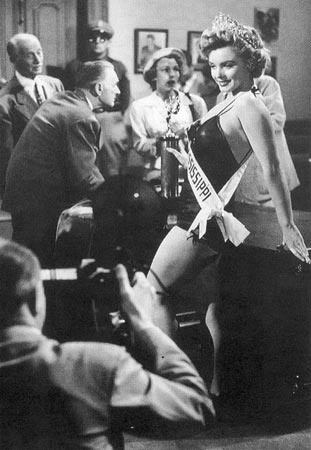 She lived in an orphanage and was passed down almost 11 sets of foster parents because her mother Gladys had to be institutionalized. Isn’t that just heartbreaking?

Johnny Hyde, her agent forced her to have two plastic surgeries on her face, a nose job and a chin implant. She whitened her skin with hormone cream and had peach fuzz on her face as a result. She would often lose large amounts of weigh and gain them back again in a matter of months.

8. Diamonds are not a Girls Best Friend 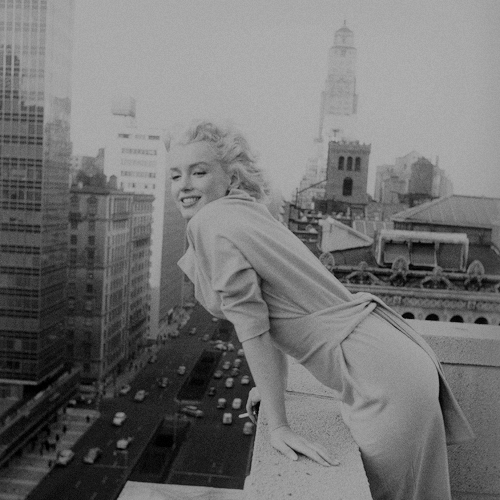 Marilyn liked costume jewelry over diamonds, despite her song “Diamonds are a Girl’s Best Friend”. She had one diamond ring and a bead of real pearls.

9. “I Marilyn, Hate the Men who Broke My Heart” 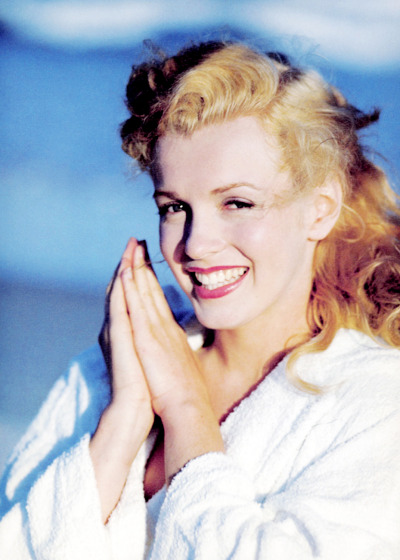 Marilyn Monroe was a stage name that Norma could switch on and off, she often referred to herself in the third person. 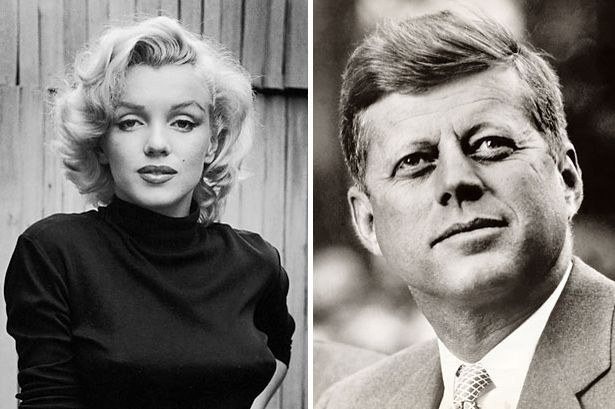 She had many fans and admirers around the world and this included the famous president at that time JFK. 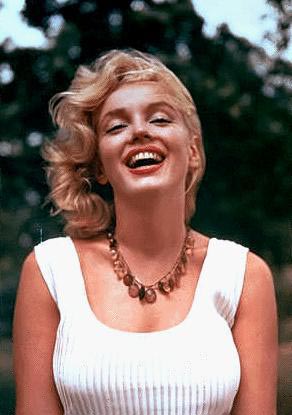 The iconic jazz singer Ella Fitzgerald was not booked by Mocambo, a popular Hollywood nightclub. She was discriminated against for being black and Marilyn called the owner of the club and finally got him to agree on allowing Ella to work her magical voice.

Frank Sinatra gave Monroe, a Maltese terrier, the dog was called Mafia Honey. She loved Clark Gable and as a child imagined him to be her father.

She was in Playboy’s first Sweetheart in 1953 and was paid $50 for the picture. Marilyn was the second women in Hollywood to have her own production company. She was never nominated for an Oscar but won a Golden Globe.

14. The Many Names of Marilyn Monroe 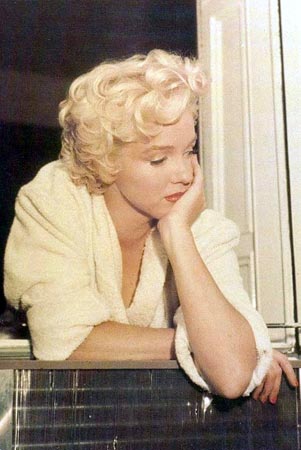 Norma Jeane Baker was Marilyn Monroe’s real name. Monroe was her mother’s maiden name. She wanted to adopt the stage name Jean Adair, but has modeled as Jean Norman and Mona Monroe. She signed up as Zelda Zonk and as Faye Miller when she went to the psychiatrist clinic.

15. Marilyn was the Original Scientologist of Hollywood

She was Christian Scientist and converted to Judaism before her 1956 marriage to Arthur Miller. She loved to do Yoga and dabbled in alternative spiritualities.