M&Ms have become such a common chocolate staple around the world largely recognized by the distinctly evident color scheme. These are some of the fun facts about M&Ms, how they originated, and how they have stayed relevant to the American and world consumer largely by innovating and re-defining what chocolate is all about.

You might have wondered what M and M denoted in the popular candy. There are no surprises to this. It stands for the name of the founders Forrest Mars and Bruce Murrie. Forrest was the son of Frank Mars, the founder of Mars Chocolate and Bruce was the son of a Hershey’s Executive.

2. How it all Started

Forrest Mars was sent to the UK in 1932 to manufacture chocolates for the soldiers. He noticed soldiers eating candy coated chocolates and was inspired to produce such chocolates enclosed in a hard shell. It was first released for the American Army, and it was after the war ended in 1945, that the product was released to the public.

3. Stay Happy in the Summer

There was a problem of melting of chocolates in the summer and thought that the hard shell would keep the chocolate intact during the summer times when chocolate sales declined due to their quick melting. 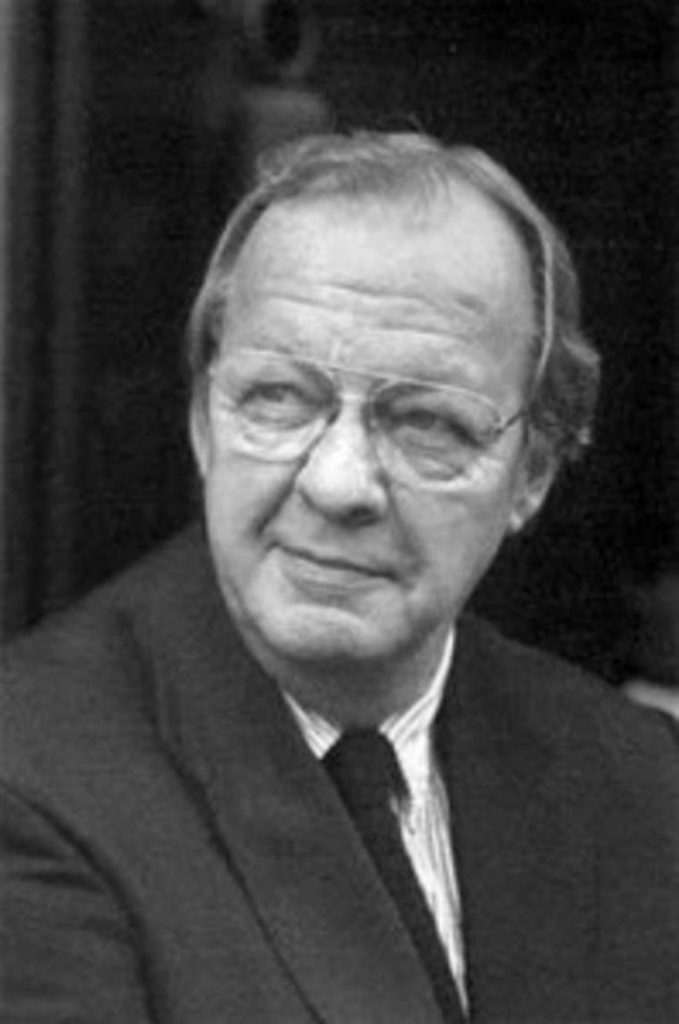 When the idea of M&M’s first bloomed in the mind of Forrest Mars, he approached Bruce Murrie who was the son of William Murrie. William Murrie was working with Hershey’s at that time, and thus the idea reached Hershey’s. They provided Forrest with the raw materials and technology for his candies when it was first produced for the American troops. 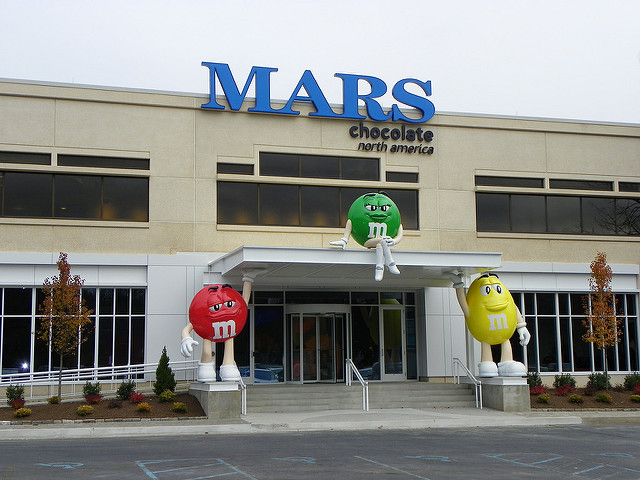 The idea that sparked in the mind of Forrest Mars was sent for a patent, and the patent was obtained in March 1941. The first production factory was set up the same year at a Clinton Hill, Newark, New Jersey at 285 Badger Avenue.

The candies were first sold packed in brown cardboard tubes and was made a part of American military supplies. 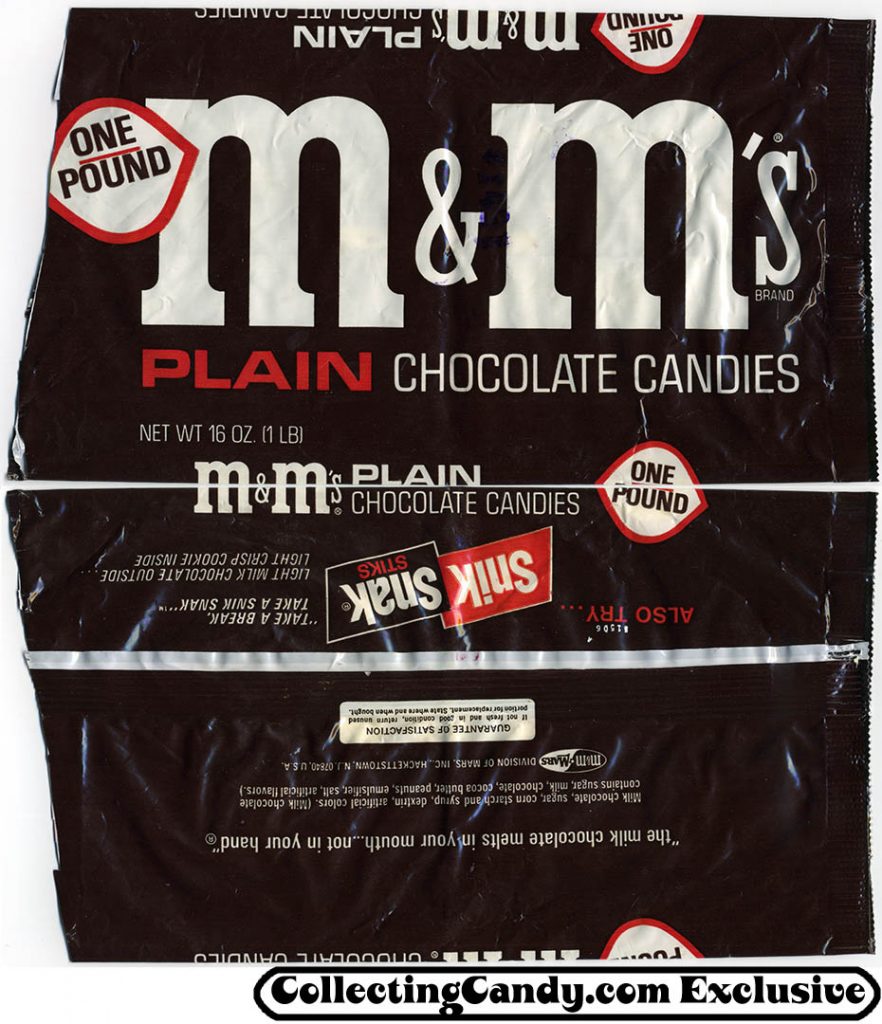 The product had become extremely popular among the soldiers as it remained intact regardless of the weather condition and carrying around was very convenient. Its popularity spread through the military people and soon after the war, and due to the heavy demand it was released to the public in 1947. 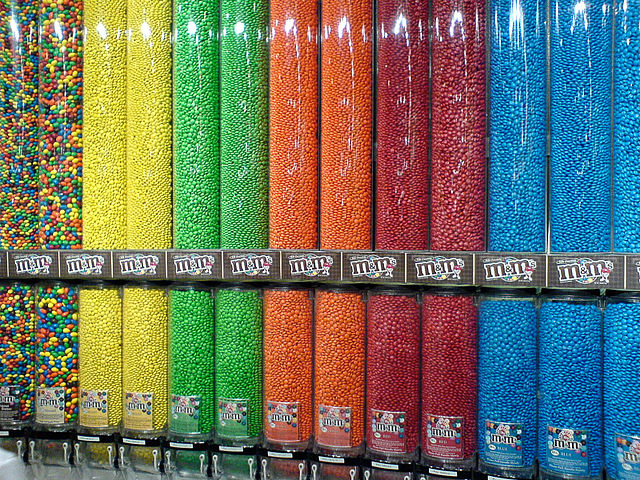 By 1950, the product had become widely popular in America with the popularity spread by the army. It was released in five primary colors namely red, orange, yellow, green and violet. 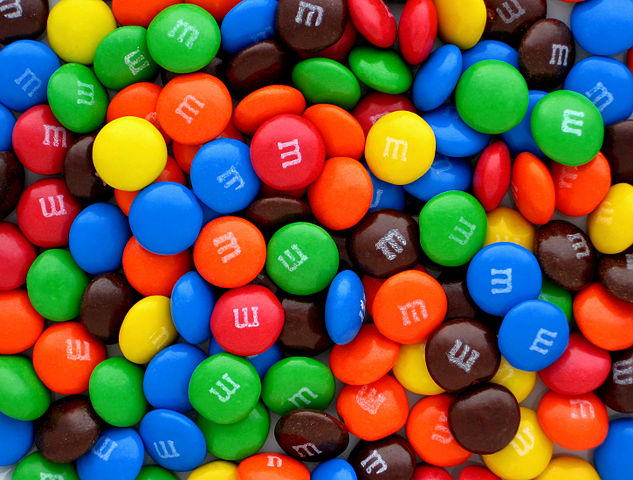 Each candy was imprinted with the M alphabet in black color in 1950. The present day white ‘M’s were printed only later by 1954. 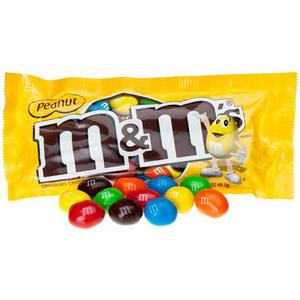 The peanut flavored M&M’s was released in 1954 along with the tagline launch of “Melts in your mouth, not in your hands”. The flavor and logo was a massive hit.

The first television ad was released in 1954 with Mr. Plain and Mr. Peanut. 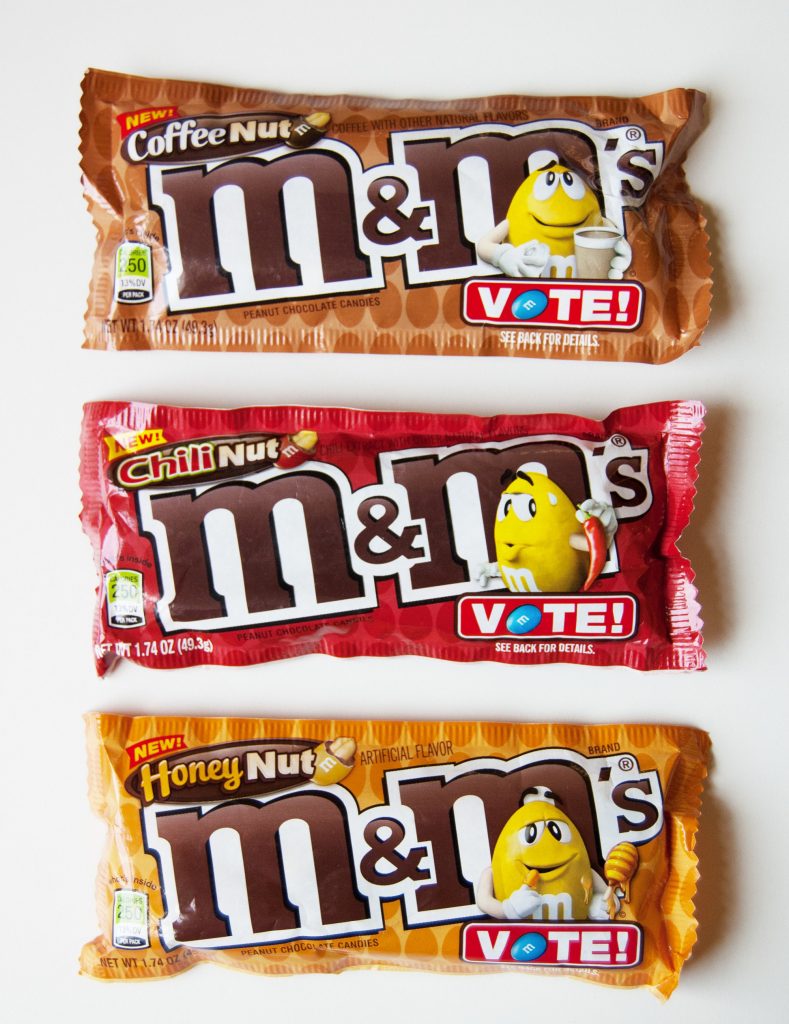 Currently, there are several different varieties of M &Ms in peanut butter, almond, mint, pretzel, and raspberry. There is also a combinations with milk chocolate and peanut that has been there for over 50 years now. 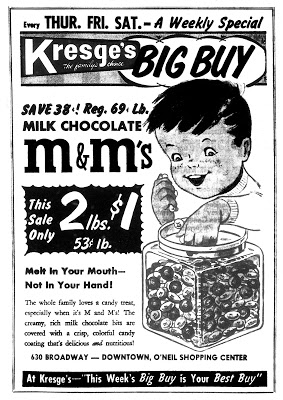 The slogan “Melt in your Mouth, not in your hand” is the fourth top-ranked slogan of all times. The slogan gained popularity for the creative description of the right idea centered around the product. 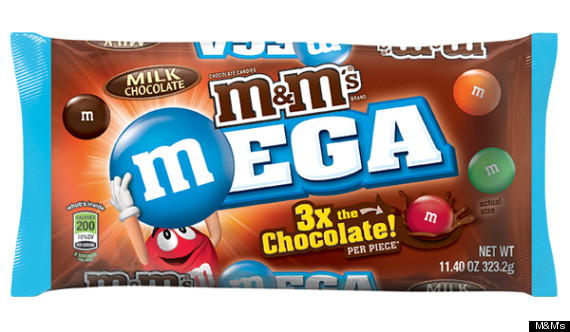 Mega M&M’s were introduced in 2007 along with the hit movie Shrek as a promotional move with the tagline “Ogre-Sized M&Ms”. 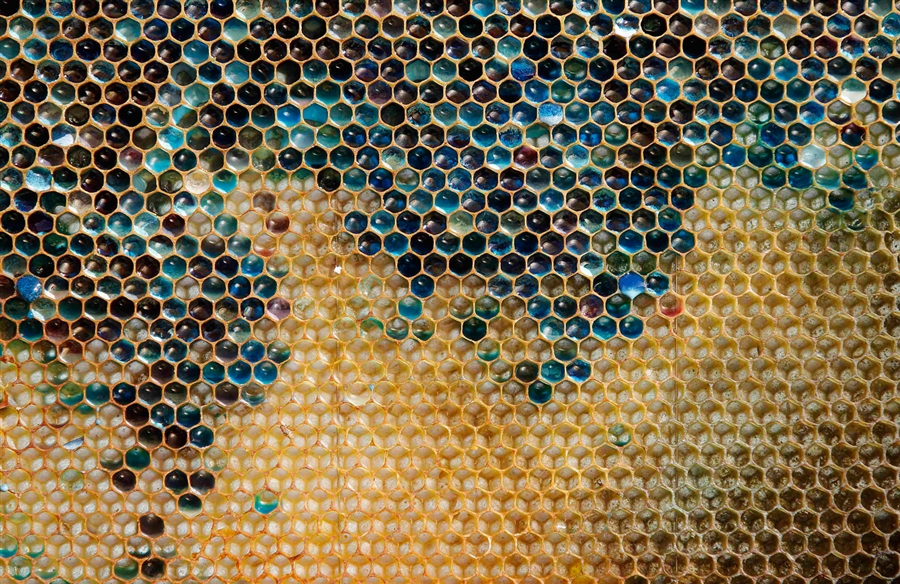 In 2012, Bees in a certain area of France was found to be producing blue and green colored honey. Investigations later revealed that the color was due to the bees coming in contact with the M&Ms candy containers from a near biogas plant.

16. The M&M’s Color Range is fascinating 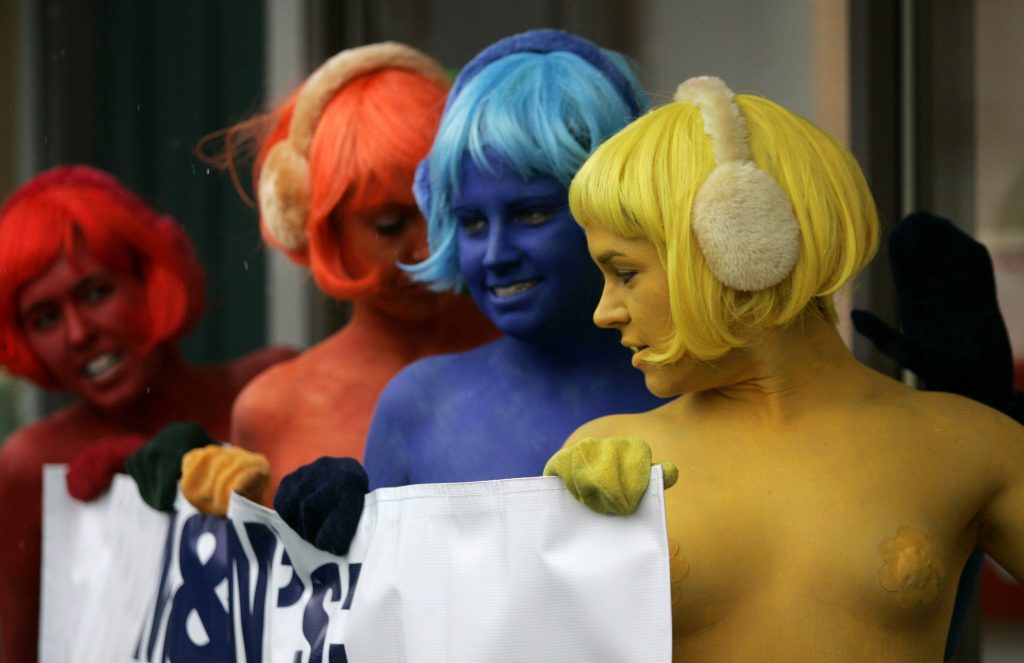 M&M was found to have been conducting tests on mice, rats and guinea pigs. This prompted many animal rights groups to protest against the company.

18. Sued by The Naked Cowboy 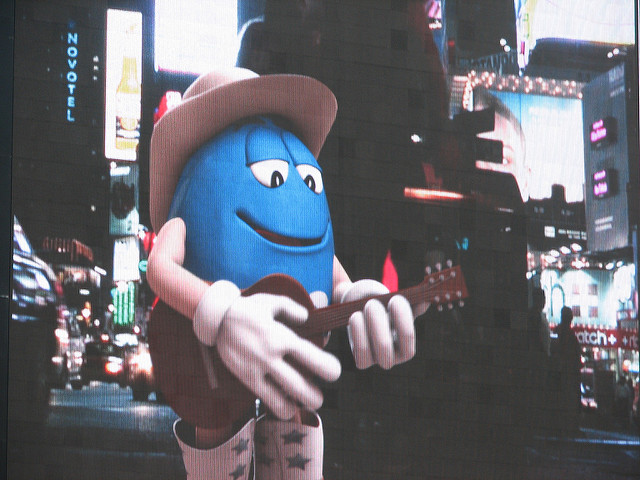 In 2008, Robert “ The Naked Cowboy” Burck had filed a lawsuit against M&M in the claim that the recent advertisement of the mascot dressed like him was a violation. The company later settled the case. 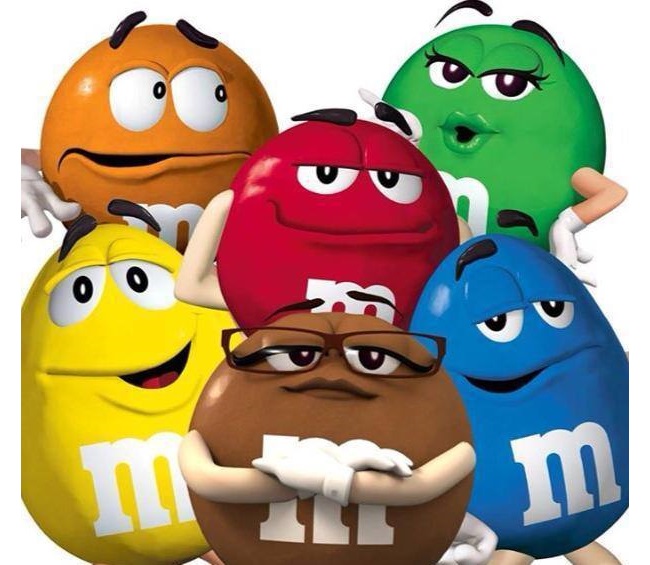 In the past, several people have filed lawsuits against M&M’s claiming that their broken teeth was due to M&M. 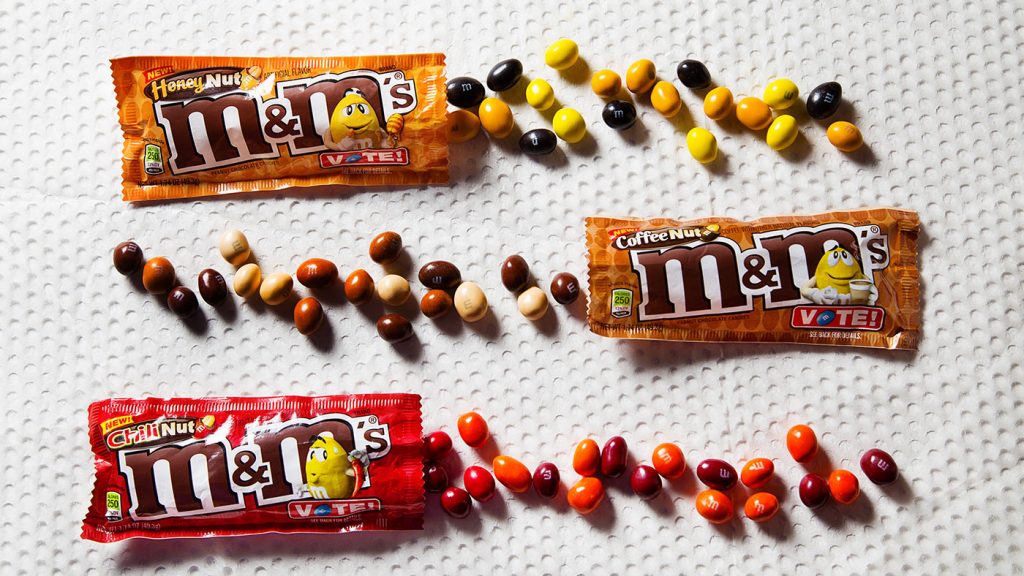 M&M’s released a poll in 2016 for consumers for their new set of flavors – Honey Nut, Coffee Nut and Chilli Nut. While voting stopped in June 2016, the winning flavor of the poll will be released as a regular new flavor as part of the M&M’s line and the announcement will be made in Fall 2016. 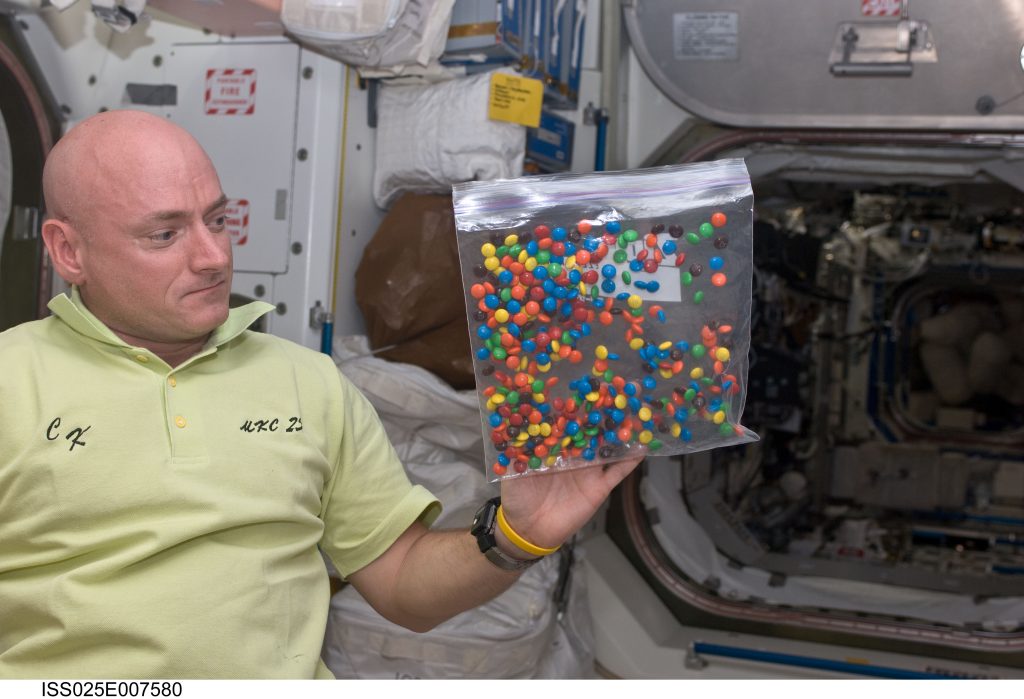 Due to the ease of consumption, M&M’s are the most popular candies in outer space. It was first taken in a space shuttle on April 12, 1981.

22. Van Halen’s Dislike for the Browns 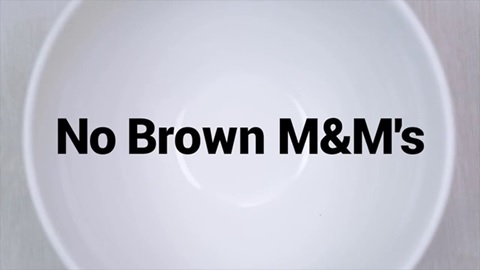 Van Halen always asked for the M&Ms to be made available backstage but was strictly against the brown ones.

23. High Price for the Official Snack 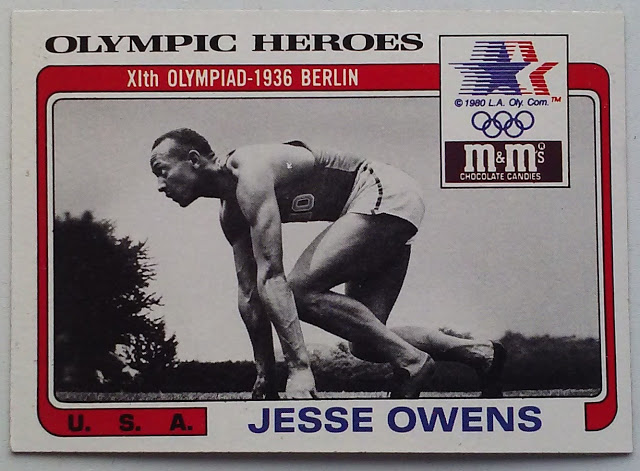 As part of the a marketing campaign, the company paid about $5 million to have it promoted as the official snack of 1984 Olympics. 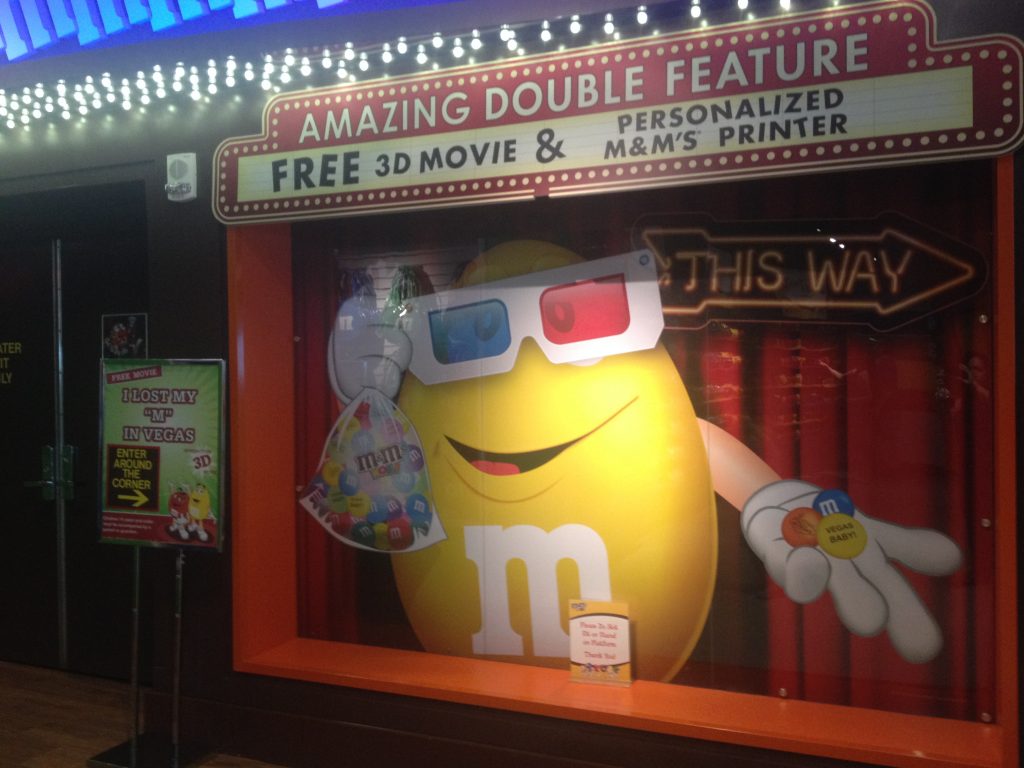 My M&M’s was a concept introduced in 2005 where customers could have their custom message printed on the M&M’s candies.

Now share these delicious facts with your friends and followers!