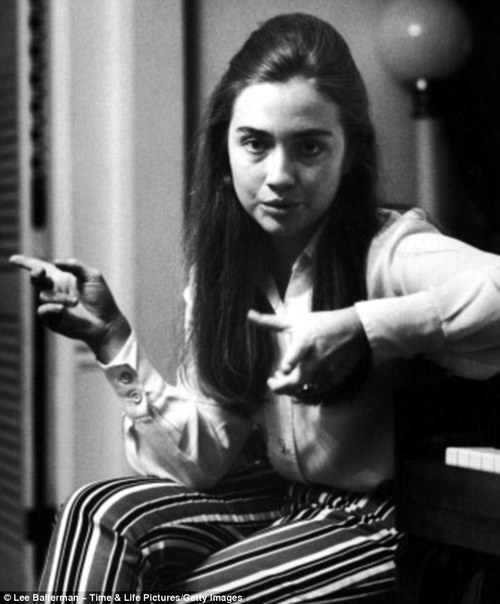 She studied at Wellesley College and Yale Law School. She meet Bill Clinton when she studied at Yale. She was one of 27 woman in a class of 235. 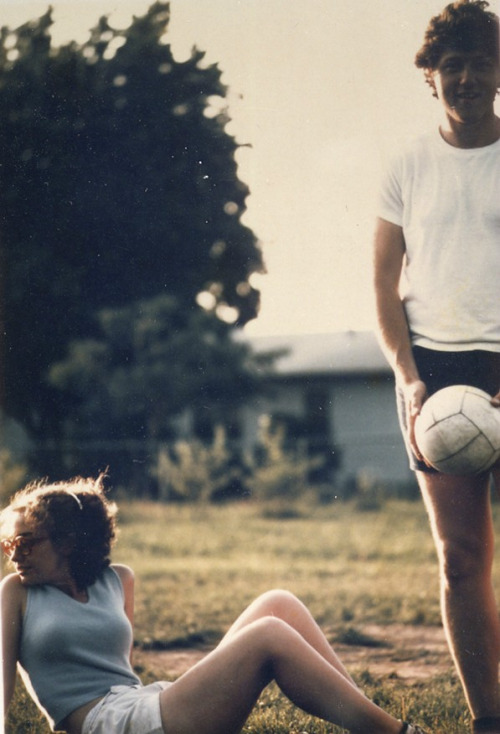 She has even won a  Grammy in 1996, for Best Spoken Word Album. She won it for an audio recording of her book, It Takes A Village.

3. Hillary was a Republican 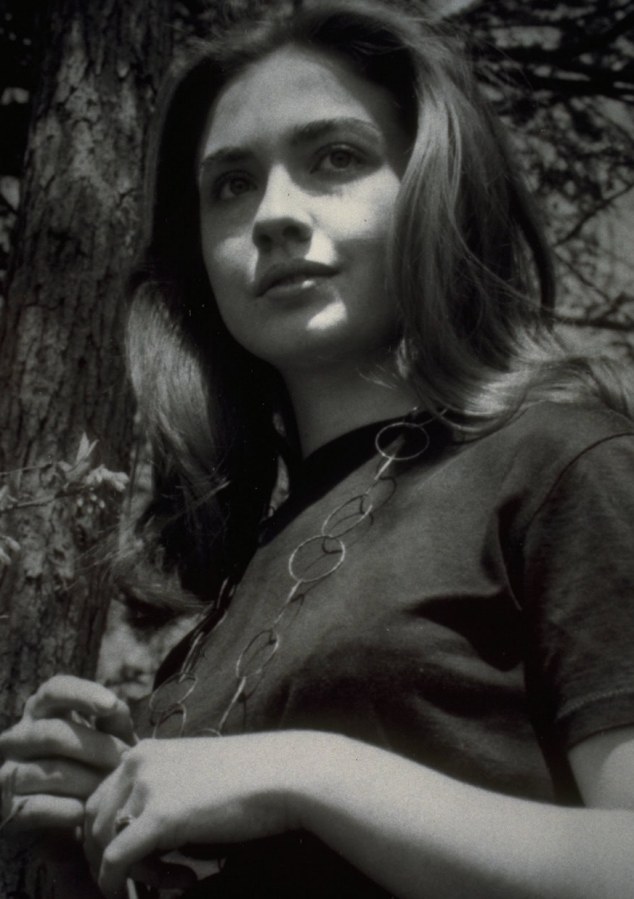 Clinton was a Republican in 1964, and campaigned for Barry Goldwater. She later began to work for Democratic nominee George McGovern and Jimmy Carter, finally changing her party preference as Democratic.

4. Hillary Wanted to Join the Marines 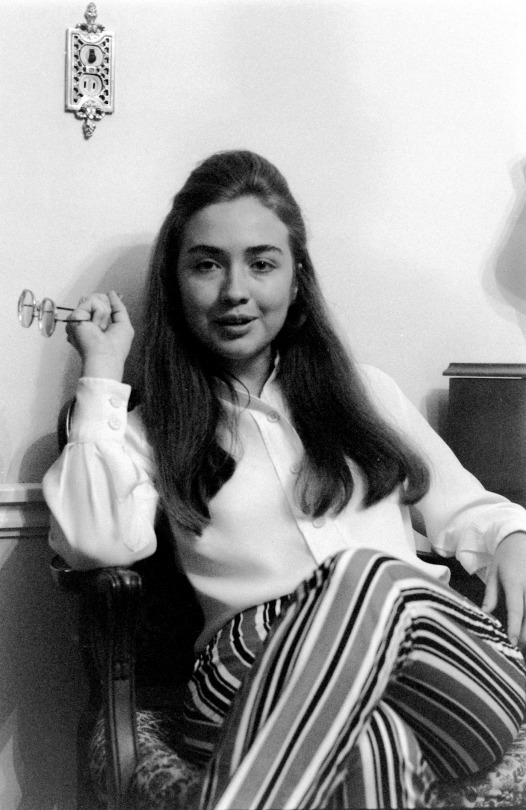 Clinton was rejected from joining the Marines. Hillary Clinton visited the US Marine recruiting base in Arkansas, wanting to join because of her interest in the military. The recruiting agent rejected her saying, “You’re too old, you can’t see, and you’re a woman. Maybe ‘the dogs’ (the Army) would take you.”

5. Hillary is a Brilliant Writer 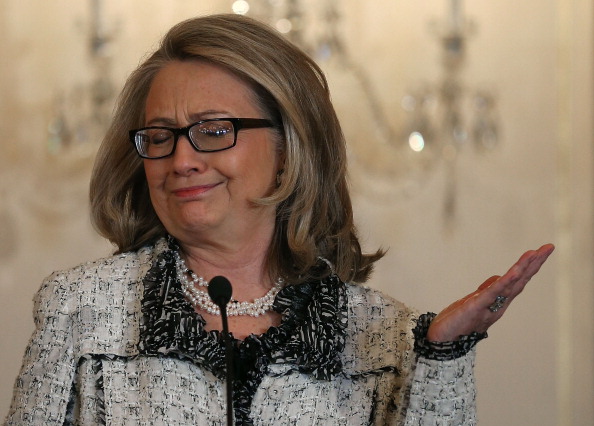 She has published other books such as Dear Socks, Dear Buddy: Kids’ Letters to the First Pets (1998), An Invitation to the White House: At Home with History (2000) 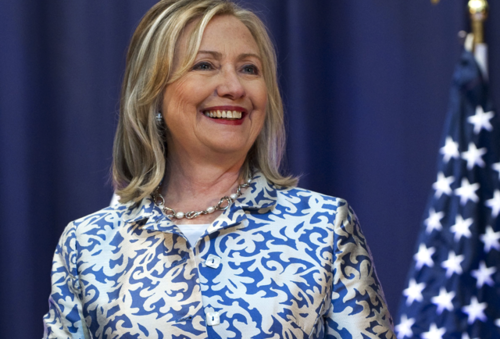 In the late spring of 1971 she began dating Bill Clinton who was also a law student at Yale. They were in a live-in-relationship before they finally decided to get married. Hillary married Bill Clinton in October 1975.

7. Hillary Did Not Want to Take the Clinton Name 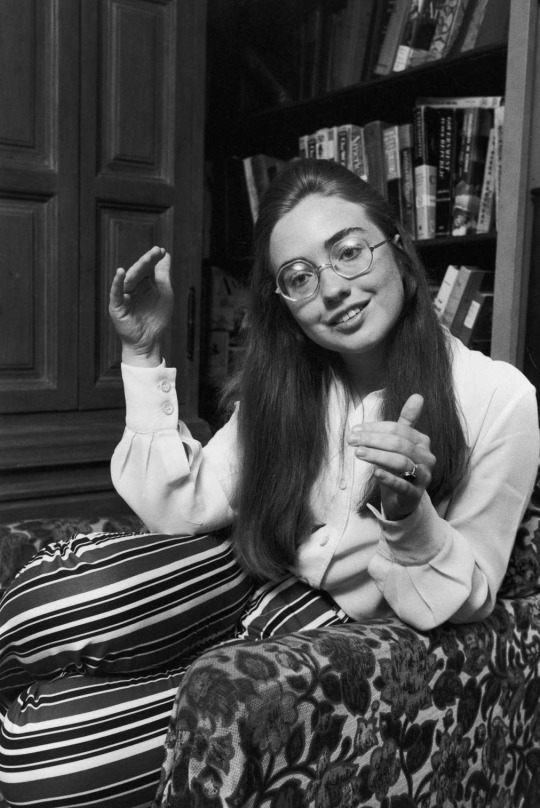 She did not take Bill Clinton’s name and kept her maiden name, but changed it to appeal to the traditional voters. Her mother and mother-in-law were upset when she did not take her husband’s name after her marriage.

8. Hillary was Evergreen to Bill’s Eagle 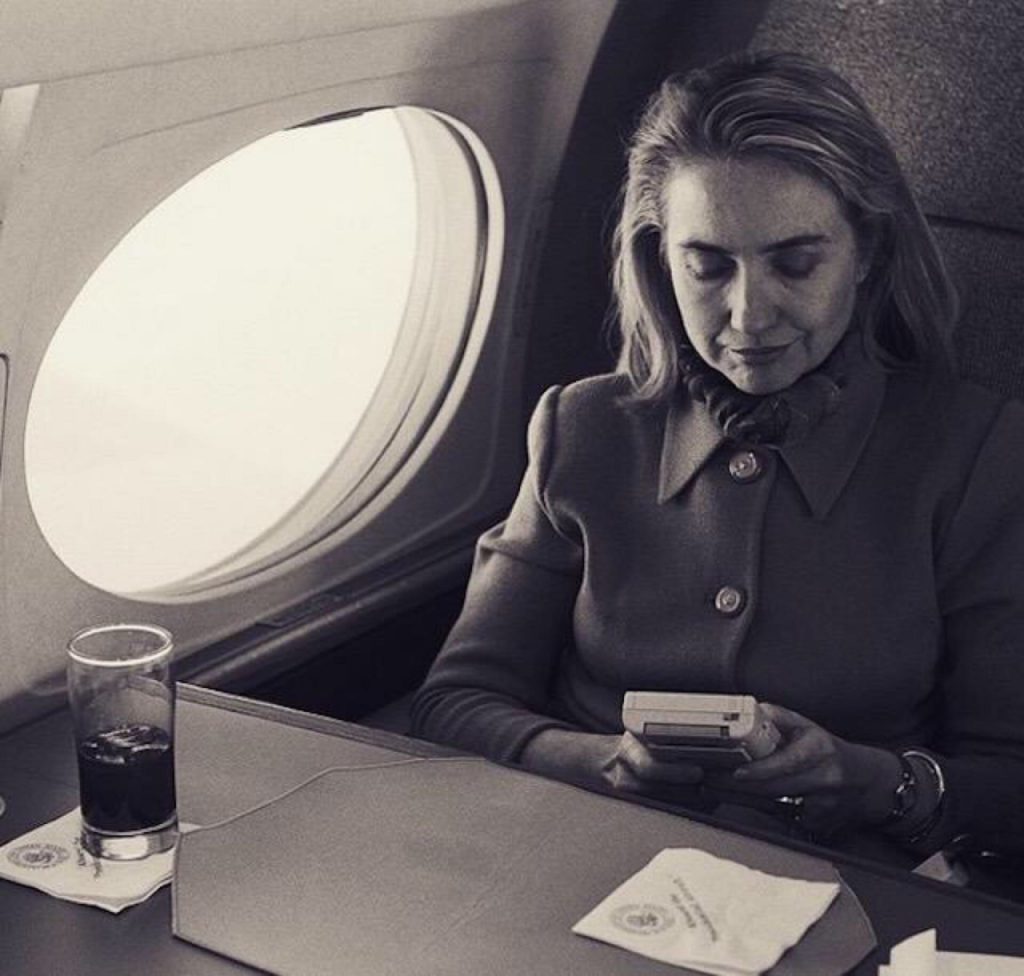 Hillary’s  secret service code name when she was the first lady was “Evergreen”. President Bill Clinton’s was “Eagle” and Clinton’s half-brother Roger was regularly in trouble and was given the Secret Service Code “Headache”.

Hillary Diane Rodham was born on October 26 1947 in Chicago, Illinois and was raised as a Methodist. Her ancestry is Welsh, Scottish, English, French-Canadian. She has two younger brothers.

10. Hillary and Bill as Teachers 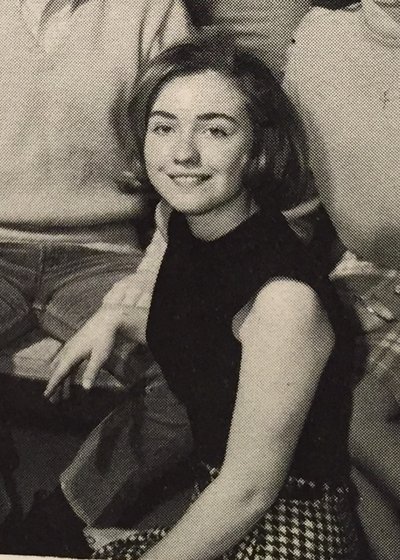 Hillary and Bill Clinton taught Law at University of Arkansas till 1976.

11. Hillary was Fingerprinted by the FBI 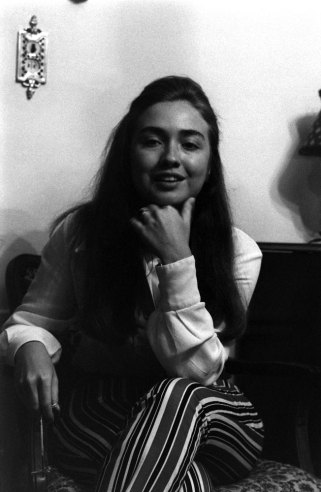 Bill And Hillary Clinton were the only first couple who were fingerprinted by the FBI. This was due to “Filegate” which happened during the Clinton presidency.

12. Hillary has Published an Autobiography and a Memoir 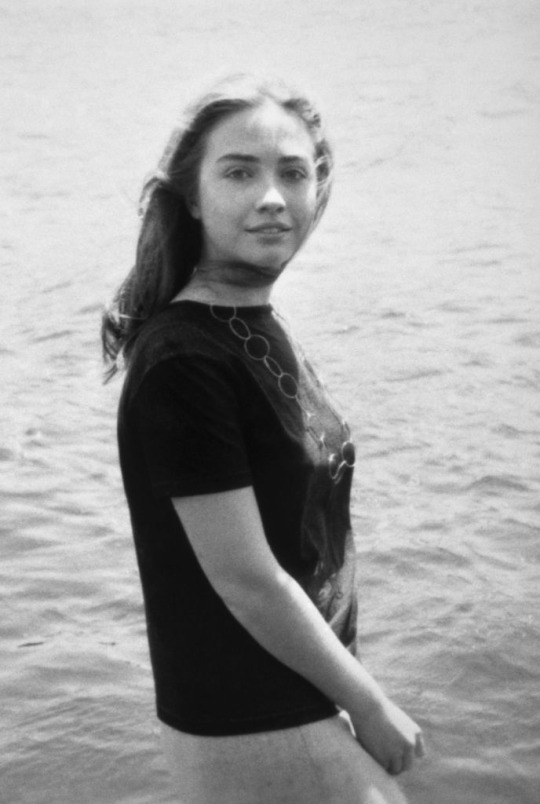 Hillary has published an autobiography Living History  in 2003 and was paid an advance of $8million.  Her second book is a memoir named Hard Choices  which was published in 2014.

Hillary Clinton was the only first lady to be subpoenaed by a court. This was historic and revolved around r her involvement in The Whitewater Controversy. 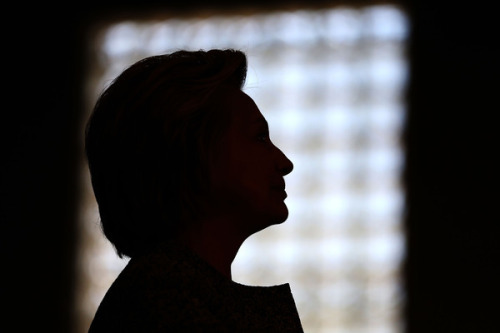 She out drank John McCain when they were touring Estonia in 2004. They took shots of vodka in a restaurant and Clinton won the game with four shots. 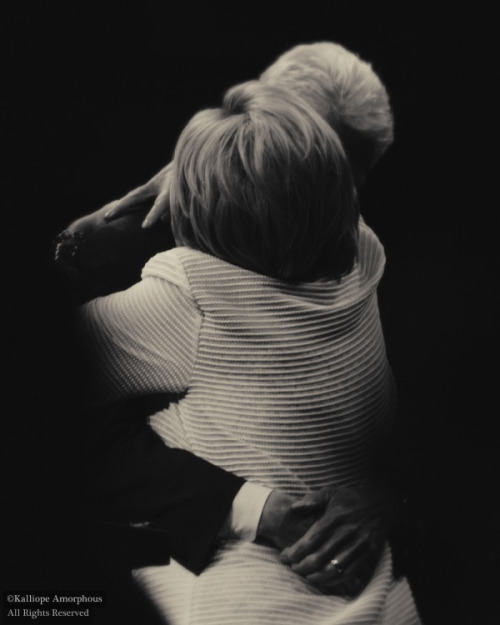 Hillary likes hot sauce on all her food, including salads. She always carries red pepper flakes and a small bottle of Tabasco Hot Sauce with her, no matter where she is travelling.

16. Hillary Was Part of the Investigation Against Nixon 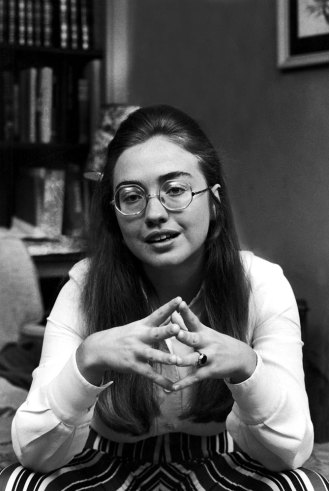 She was part of the congressional team investigating Nixon for his part in an attempted burglary of the Democratic National Committee’s offices. 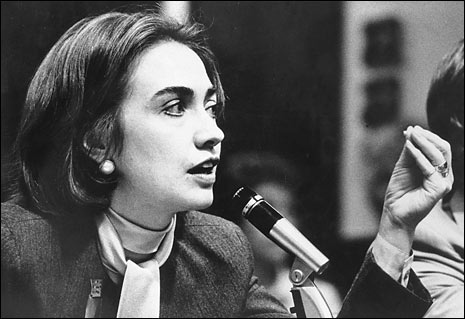 In the 2008 elections, she won the most votes of any female presidential candidate in history. Clinton collected 18,046,007 votes.

Hillary read this poem during her commencement speech at Wellesley College in 1969:      And you and I must be free

Not to save the world in a glorious crusade

Not to kill ourselves with a nameless gnawing pain

But to practice with all the skill of our being

The art of making possible.

19. Hillary has a Ridiculous Amount of Frequent Flyer Miles 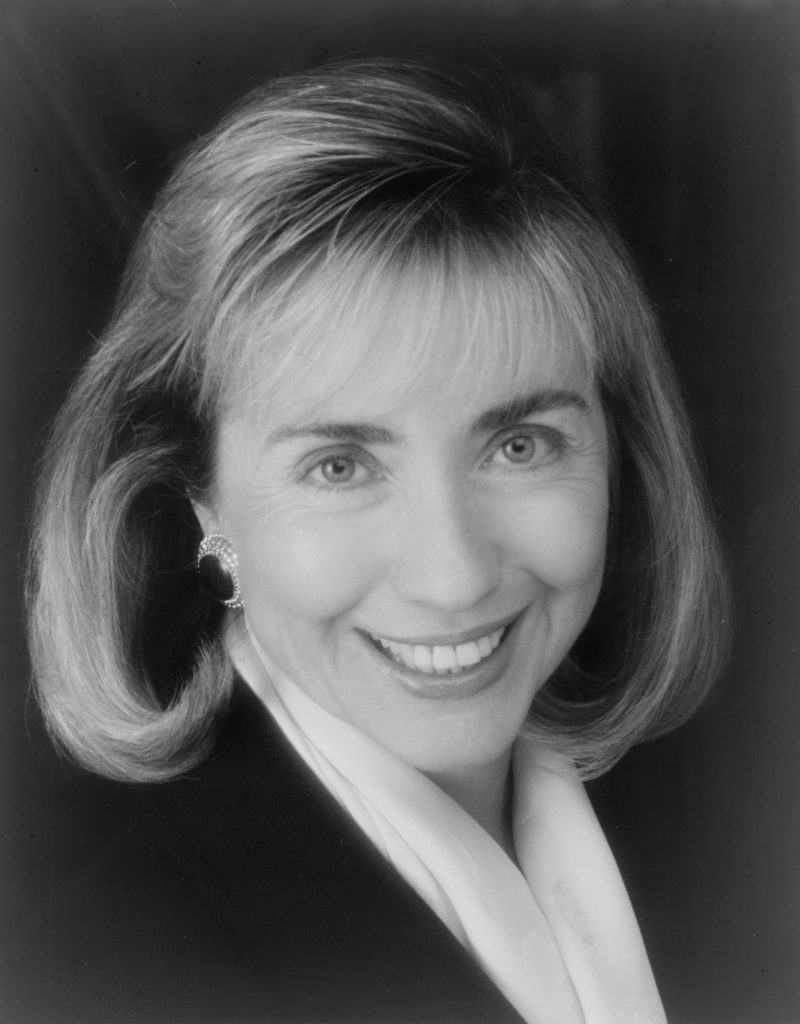 Hillary Clinton as secretary of state has traveled a record total of 956,733 miles, that is almost 2,000 hours by air and road. She went to almost 112 countries over four years as a diplomat. 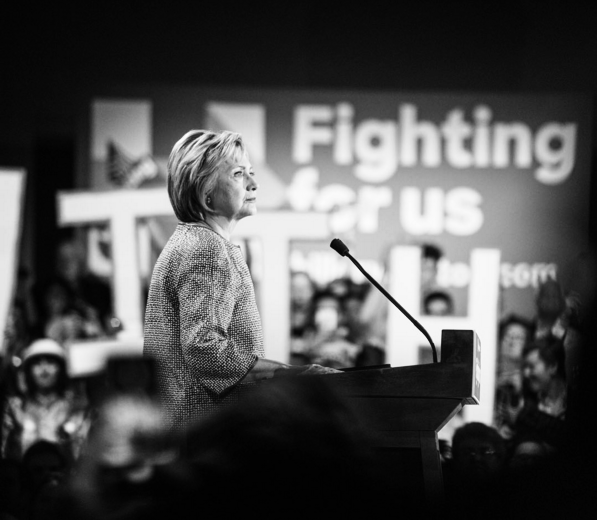 Obamacare was essentially Hillary’s brain child, she had always pushed for health care reforms but could not bring it to reality during the Clinton era. 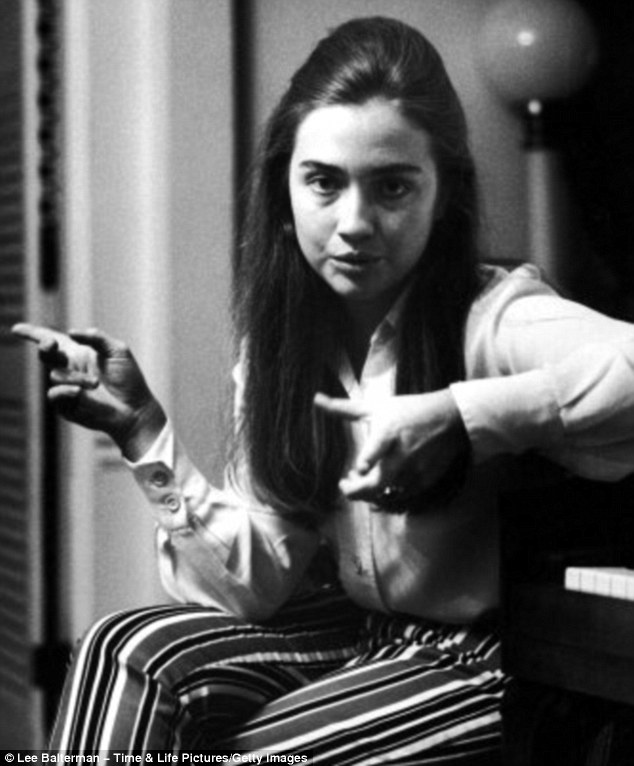 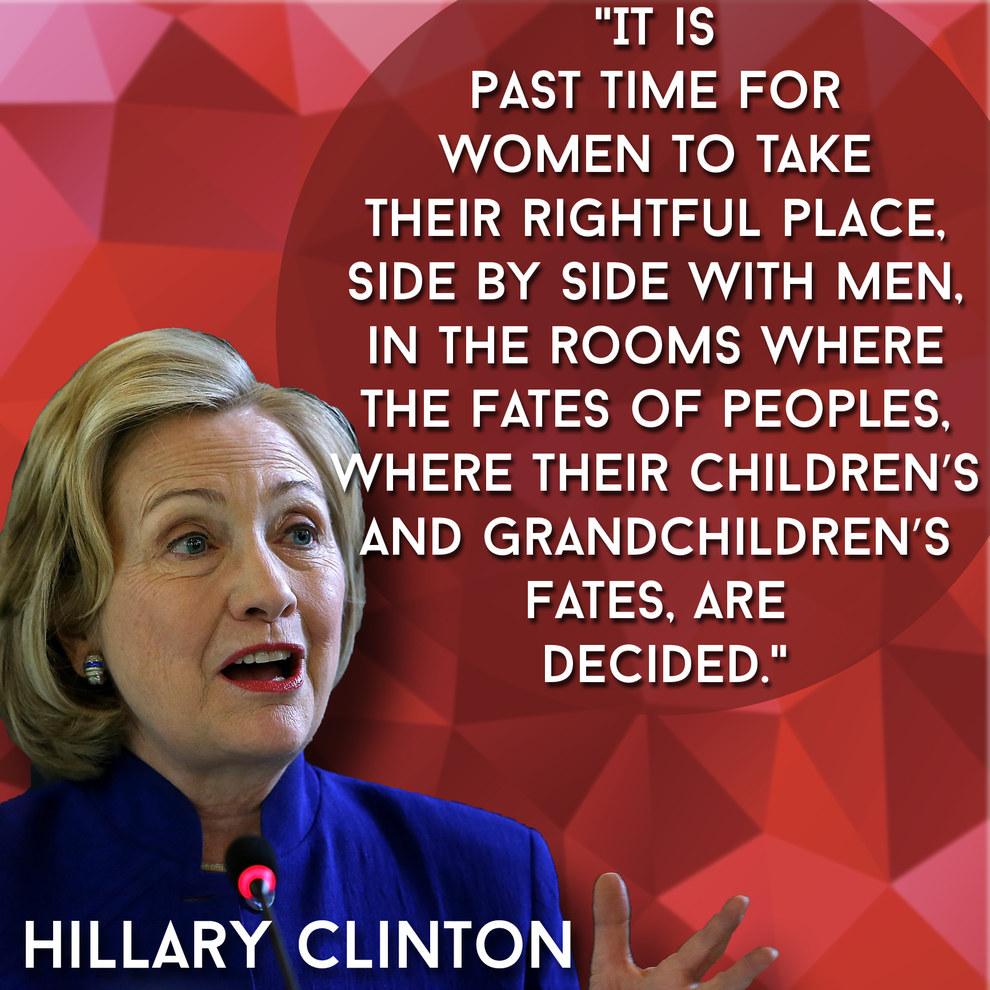 There are hundreds of books written about Hillary Rodham Clinton by people who are against the Clinton legacy. Some titles are: Madame Hillary: The Dark Road to the White House, Hillary’s Scheme: Inside the Next Clinton’s Ruthless Agenda to Take the White House, and Can She Be Stopped, Hillary Clinton Will Be the Next President of the United States Unless. 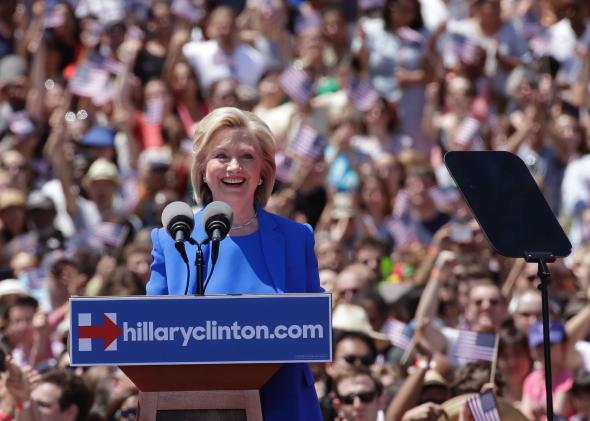 Thousands of her emails were leaked out by hackers, possibly Russian. There are several conspiracy theories that Trump made a deal with Putin to help push the election in his favor.

24. Hillary is a mother and a adorable grandmother 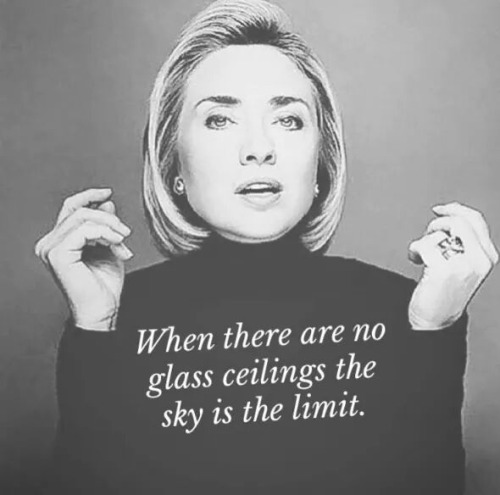 Chelsea Victoria Clinton is the only child of Bill Clinton and Hillary Clinton. She has two grandchildren, Aidan Clinton Mezvinsky and Charlotte Clinton Mezvinsky. Hillary loves to video chat with her grandkids. 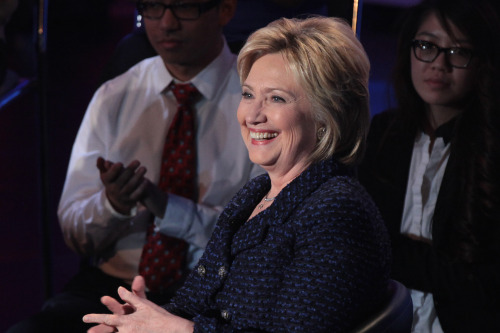 She was the first First Lady to win elected office. She won a Senate bid in 2000.